EXCLUSIVE!! Check Out This New Photo Of Gucci Mane!!! He Looks Different!! 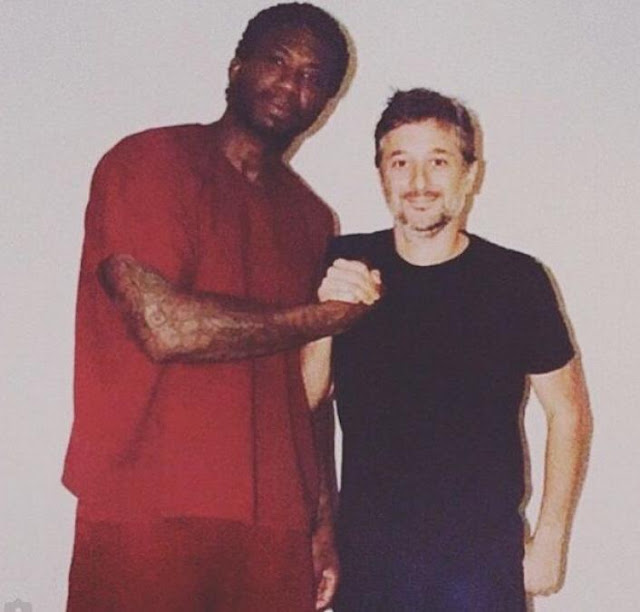 Gucci Mane recently released a letter to his fans from jail, but its been a while since we've seen the Atlanta emcee, until now. Director Harmony Korine of "Kids" and "Spring Breakers" fame recently released a photo of him visiting with Gucci, who is sporting a slimmed down figure.
The "Lemonade" emcee appeared in Korine's "Spring Breakers" as "Big Arch," the nemsis Florida drug dealer to James Franco's "Alien," and it seems Gucci and Harmony have remained friends since the film wrapped. Gucci is set to release his own movie, "The Spot," soon, and the southern emcee also revealed that he's working on an autobiography.

Hit the above slide to see the latest photo of Gucci.