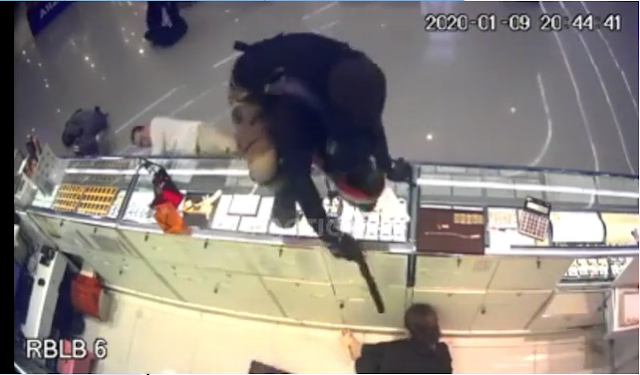 BANGKOK: A two-year-old boy was among three people killed in Thailand when a masked gunman robbed a jewellery shop, police said Friday (Jan 10).

Four others were seriously injured when the assailant began shooting indiscriminately with a handgun in central Lopburi province on Thursday night, before fleeing with jewellery worth 500,000 baht (US$16,500).

Shocking CCTV footage shows the attacker storming into the shop, opening fire and leaping over the counter as victims writhed in agony on the ground. Deputy commander Sumeth Punsri said the deadly attack lasted only a minute before the gunman fled on a motorcycle.