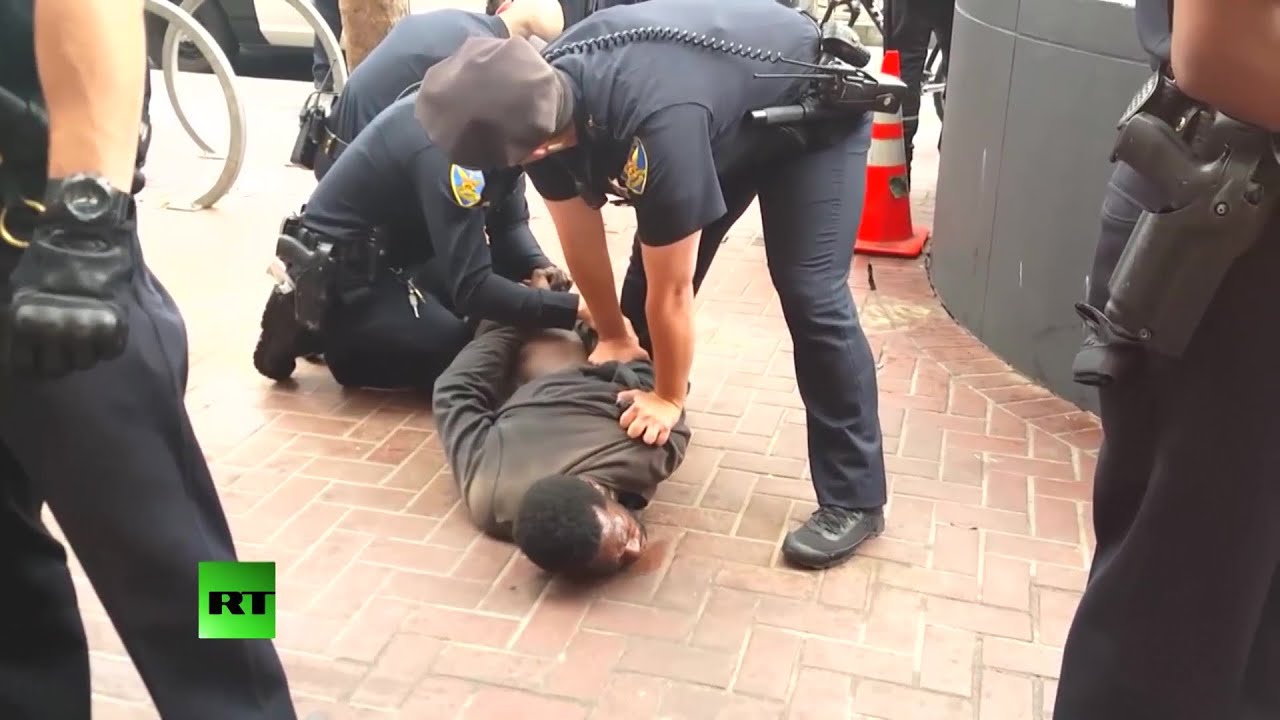 On Market Street in Downtown San Francisco, the police responded to a call of a suspicious man armed with some sticks. The said man turned out to be a one legged homeless guy with crutches. That was good enough a reason for the cops to attack and arrest him. 14 San Francisco’s finest ganged up on the disabled man, to subdue him for sporting the dangerous weapons.

The victim tried to reason with the cops, and told them that these were his crutches and he used them to walk, but… when was the last time you saw the cops voluntarily miss out on the opportunity to beat someone up?

Even when the cops noticed that they detached the victim’s prosthetic leg as the group of them wrestled with the guy, they still wouldn’t acknowledge that the crutches were indeed for walking. The response to the detachment of the prosthetic was to try to mask it up for cameras.


The “us vs them” mentality is way too obvious with this one. The cops could have cuffed the guy and allow him to sit up. You know – treat him like a human. But nope. The roids-induced violence hard-on is too hard to leave unstroked. So they pinned him to the ground and rubbed his face against the floor.