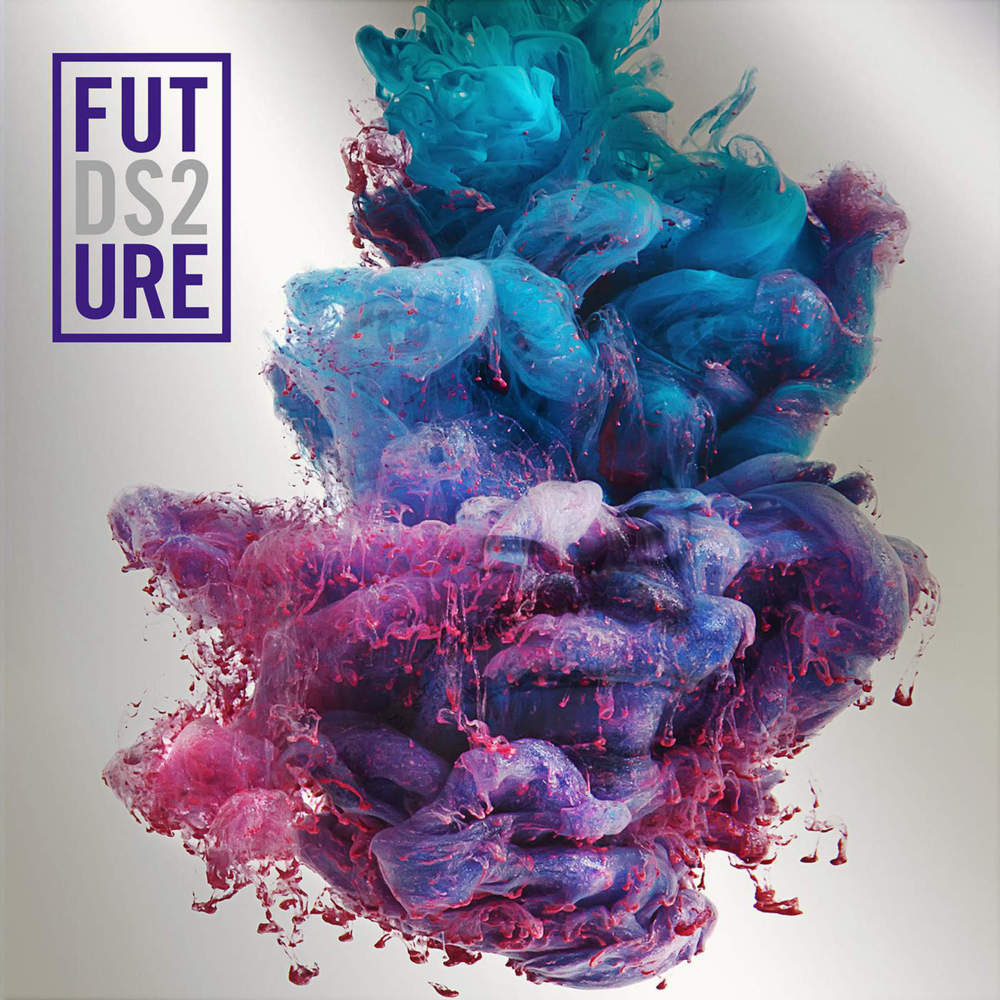 Future in 2015 followed up his massive 2014 with a major label album sequel to probably his biggest mixtape ever, Dirty Sprite. Most fans and critics took this album as a final departure from the r&b crooning Future Hendrix had started to become known for, and a foray back to his roots of heavy trap beats and even heavier trap/drug infused lyrics. Thank u Future. Going back to your roots earned you a top 5 album of 2015.

Favorite Songs: Real Sisters Thought It Was A Drought, Blow A Bag 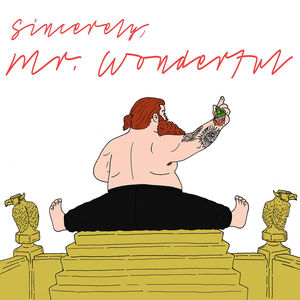 Queens native, Action Bronson had been making waves in the east coast for a few years before this release, so it was no surprise to some that his major label debut had some classic material on it.  I decided to give him a listen after hearing the Ghostface Killah comparisons. I have always been a huge Ghostface fan. Other than vocally sounding like a high pitched New Yorker, the comparisons stopped for me there. Mr Wonderful blends alot of sounds, from rock, to country to obviously Hip Hop. The album felt genuine. I didnt feel like this white guy was trying to steal our culture.  It felt like he was apart of it with us.

Similar to Action Bronson I didn't really give Travis much attention even though he was bubbling in the underground for a few years now. Travis' pedigree in the music industry had been growing even before he dropped Rodeo. From linking with TI, to producing, some would say also writing, for Kanye, there were alot of fans rabbidly expecting this album. Sorry I wasnt one, but once I pressed play I understood. Travis was the culmination of everything hipsters came up on. Rodeo blended sounds and cosigns to capture anyone who's been paying attention to popular urban music for the last 5-10 years. A little Kanye, Drake, Wiz Khalifa, with cosigns from rappers like TI, Migos, Chief Keef, Future, and 2 Chainz, who's fans didnt Scott go after with Rodeo. It always helps when u give a good effort. I swear this year was full of album surprises for me. I was never a big Young Thug fan. I mean he had cool music, but it was nothing spectacular. Then he dropped Barter 6. For obvious reasons I was intrigued and gave it a listen.  Instantly, Thugger gave the listeners what they came to hear. The first 2 songs featured Baby, TI, and Boosie while Thug threw occasional subliminals at Lil Wayne. One thing he knows how to do is get your attention. In the case of Barter 6, once he has it, he delivers strong concepts, witty lyrics, a smooth melody and driving production. The Barter 6 became almost infectious. Anyone who I played it for instantly became Young Thug fans, just like I did. Antics aside 2015 was Young Thug's year. He permanently planted his sound in the ears of urban music fans. Now I understand why he does the crazy things he does. Thug knows the antics keep us talking, then the music comes and we all forget and just start listening.

Favorite Songs: Dome, With That, Never Had It

1.  Drake - If You're Reading This Its Too Late 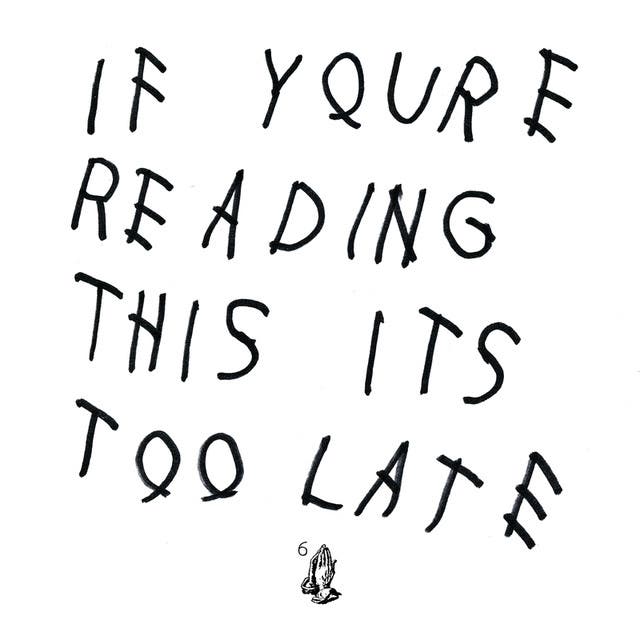 If you could give 2015 to any other rapper, it would have to be Drake. To be honest, I didnt have my money on him Jan 1. Despite my lack of confidence, he executed the year ala Jay-Z 2003...To start the year and admist the beginnings of inner label tourmoil he delivered a musical gem. When critiquing an album he hit all the marks, including great replay value.

Basically every song on the album is tailored to one of his groups of fans. Which is incredible when u think of it.  In most cases an artist has ONE core group of fans. When they create songs that cross musical boundaries they are reaching for a new audience, and sometimes at the same time alienating their core fans.  Drake is the first rapper who has a core fan base for every sub-genre of music he does. Not only do these different groups of core fans exist but they accept his range as part of his greatness.


Then without Cash Money hesitation, Wayne and Baby make it an official rift in the camp. Wayne is dropping diss tracks, Nicki's talking, Tyga's talking even more, noone knows where Slim is and Baby had supposedly run off with Young Thug. Lol. It was a shitstorm. This is when another great attribute of Drake's came in. He is great at falling back out of the spot light. Drake could have made a mistake during the beginning stages of the Baby x Lil Wayne beef by being too vocal. He did the best thing.....nothing.

I remember, it was about May 2015. I had been bumping Drake and decided he was a great rapper, but could never be the king.  The king had always a certain type if guy. In hindsight a lot if hiphop fans must have been having the same conversation.

The king was a street nigga. If you were a great artist like Drake you could get money, you could fuck the bitches, but u couldn't be the king. It had never been done. So here I am naming rappers who had been "king-like". Biggy, Pac, Jay, Nas, 50, Cam, TI, Wayne.... None had been actors first or sung ballads.

I then concluded my argument by saying that fans wanted their favorite rapper to be a gangsta rapper. Thats why gangsta rappers were bigger stars, even tho the record sales didnt necessarily reflect that.

My money was on Meek Mill. The heir apparent to the MMG dynasty. He had just come home.  Now he had Nicki. The crown was his to lose. He still my nigga but I want to apologize Meek. This year might be my fault. As soon as I put money on you, you fell off. Well, maybe not soon as I put money on him. Meek did deliver a STREET CERTIFIED honorable mention for the top 5 albums.

Ok back to this King arguement. I was wrong! I was so wrong. Drake went Back 2 Back and earned the belt. With the assist from Vice President Mill.

If You're Reading This Its Too Late was already top 5 worthy or musical merit alone. When I factor in the landscape in which he accomplished that, he wears the crown this year. 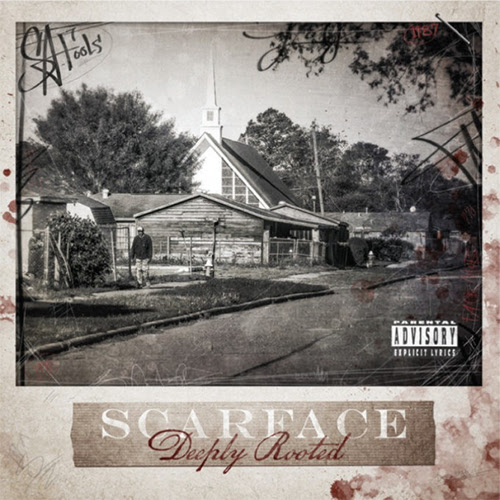