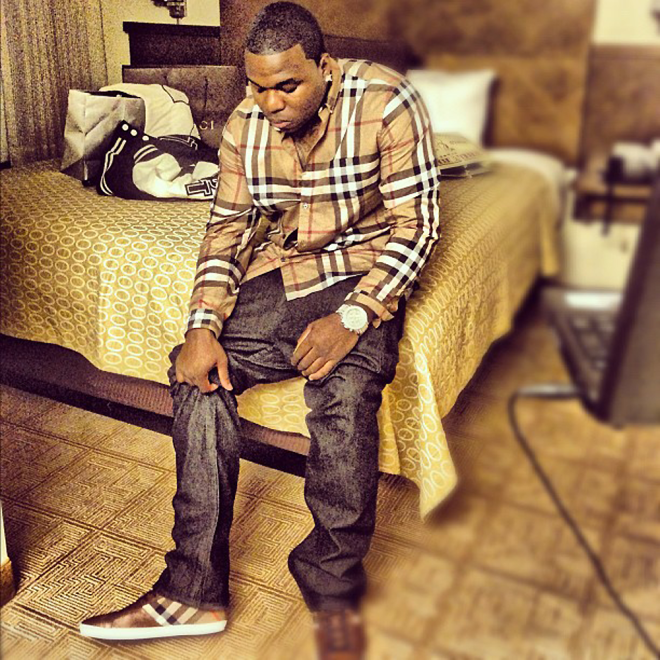 (from AllHipHop News) Kevin “Bandman Kevo” Ford is set to plead guilty to one count of conspiracy to commit bank fraud, according to the Chicago Tribune. The 27-year-old Chicago rapper and fellow defendant Cortez Stevens agreed to plea deals with federal prosecutors for a “credit card cracking” scheme.

In a 2014 exclusive interview with AllHipHop.com, Kevo denied any involvement in the illegal activity. He said, “They still don’t have no hard evidence. They’re just saying, ‘witnesses said…’ Basically, somebody got in a jam, and I got the most money to them so they must have mentioned my name. Who knows? But it ain’t like they got me doing this or got me doing that.”
At the time, Kevo also accused the FBI of purposely targeting him for non criminal reasons. The creator of the buzzing song “Baller In Me (Remix)” featuring Chief Keef believed he was being pursued by the Feds in order to harm his music career. Kevo insisted he would ultimately beat the case.
“Everything that they have in the paperwork is mixed up. It ain’t even right. They’re just saying and doing anything to file a case,” he stated.
Bandman Kevo and Cortez Stevens agreed to pay $141,919 in restitution which will come from a 2004 Audi and a 2006 Maserati already forfeited to the federal government. Their convictions could lead to a 30 year prison sentence.