I Just Realized Model @iAmKeyaraStone May Hold The Title!! Thickest Natural Beauty In The World!!

I stumbled upon a random comedy video today where MMG Capo Gunplay parodies Discovery Channel's "Naked & Afraid" series. In the series contestants spend 21 days isolated in the woods with limited supplies. In Gunplays 's version his supplies consist of a lighter, a blunt, and a cup of his favorite liquor. Not to be overshadowed by the Hollywood "like" production, was his partner on the mission, his female counter-part, Keyara Stone. Within seconds I realize that I am staring at some of the most voluptuous natural curves I had ever seen. 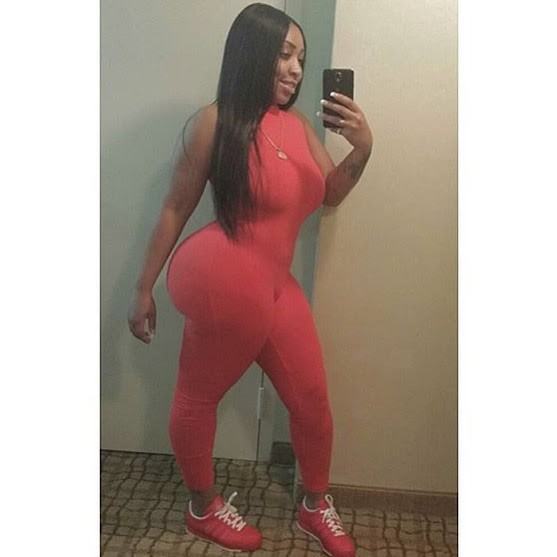 Throughout the comedy skit, while Gunplay was telling sometimes funny jokes I was stuck on Keyara. The camera never gives a full glimpse of her assets and it left me wanting more. So I went to find her.

Using the credits I found her IG. Then I realized that I had been a fan of one of her more viral pictures for a few years now. Keyara been killing the game with body before your local stripper celebs got enough money to make their first "Miami" trip.

Not only does Keyara posses awesome assets, but she also contains a solid business acumen. Seizing on her celeb status she already has her own luxury cigar brand K Stone Cigars.

You can follow her on IG @iamkeyarastone . Guys with jealous girlfriends beware. Touche Gunplay. Touche