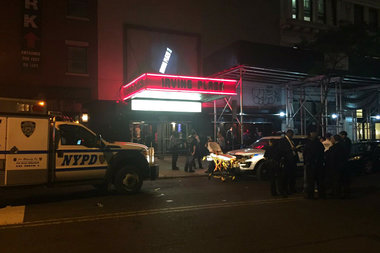 T.I.’s concert was interrupted by gunfire last night at Irving Plaza. According to the NYPD, the shooting started in an upstairs green room before spilling into the crowd. T.I. was not involved nor performing at the time.

Rapper Troy Ave was grazed in the leg and his friend, Ronald “Banga” McPhatter, 33, was fatally hit in the stomach. Three others were wounded. No arrests have been made. Below is footage from inside the venue as the shooting took place. - rapradar