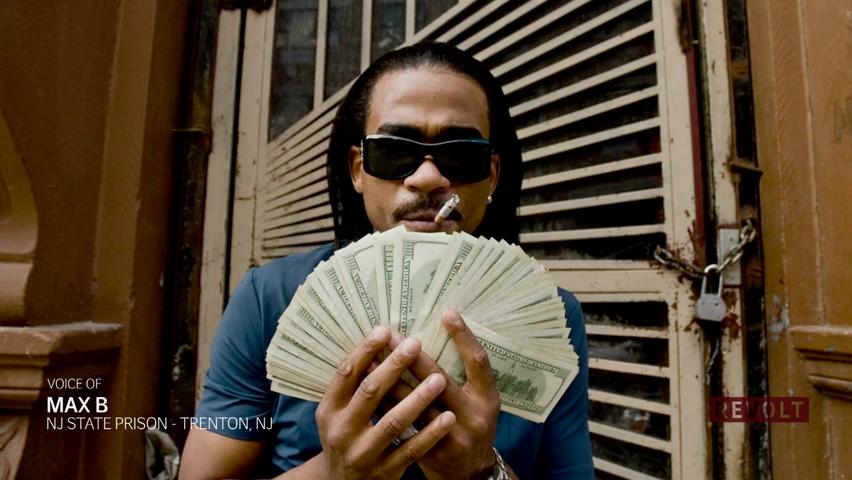 Harlem rap sensation Max B (government name Charly Wingate) aka Max Biggaveli aka Wavy Crockett, has been incarcerated since 2009. Max was charged with a laundry list of charges, including murder and kidnapping,  which earned him a lengthy 75-year prison sentence. Before Max B was sentenced for such serious crimes, he was poised to be the next huge rap superstar.
Before becoming a rap sensation, Max B was sitting in prison on a 8-year bid. When he was finally released, he linked with the Dipset Capo Jim Jones and began songwriting behind the scenes. Max B’s influence and impact began the minute he decided to pursue a rap career. Jim Jones recruited Biggaveli when Dipset was the biggest rap group in hip-hop. Max quickly rose to prominence by penning a hit single for Jim Jones entitled, “We Fly High (Ballin’).”

Max B’s musical style is very melodic, which means finding mainstream success would come easy for the Harlem hustler. However, he got involved in more legal issues and, according to Max himself, Jim Jones came up with the $2 million bail Max needed to be set free until his trial. At some point Max decided Jones was not going to push him into the superstar space that he knew he was made for, so to the surprise of many, Max B unceremoniously left Dipset’s Byrd Gang. He did not leave quietly. Max went on a promo run dissing Jim Jones, calling him names and telling the world that Max B was, indeed, the pen behind the hits. Jones, according to Max B, refused to release Max from his contract, which meant Max could never fully capitalize from his growing buzz, because he was contractually bound to Jones.

While Max B was in the spotlight, he put hip-hop on its heels. Knowing that you may be spending the rest of your life in prison probably puts a different type of battery in someone’s back. Max released mixtape after mixtape (Public Domain series), he started his own crew called Gang Green, and he released multiple music videos to the street DVDs of the time. Max even teamed up with French Montana when French was the lesser known of the two MCs.

Max B had a huge impact on New York City hip-hop and since his imprisonment, the next big NYC superstar rapper with street respect still has yet to emerge. There are a couple of contenders, but none with the impact or influence of Max B. Max stamped his own slogan and terminology. Max created the term “wavy” in hip-hop to explain his style and mentality. The term has grown far beyond Max B, being quoted by rap giant Jay Z down to brand new battle rappers actually naming themselves Wavy. Max’s slogan was “Owwwww,” became an infectious calling card that many people adopted in everyday life.

Max B named himself after Makeveli (Tupac Shakur) and Biggie (the Notorious BIG, hence Biggaveli, a crafty, self-prophesying thing to do. Ultimately, Max fell to an untimely demise at the height of his popularity similar to his namesakes. Max’s tenure in hip-hop felt magical and everyone was infected by his energy. French Montana’s rap style sounds just like Max B’s till this day. Also French’s mainstream success could be viewed as what Max’s success would look like had he not been incarcerated. Although Max has gone on record to say that his appeal was denied, he maintains a positive outlook and believes he will be released well before 75 years. Max went on to start a petition to “Pardon The Wave.” The Boss Don Biggavel’s story is one of the more tragic, unsung tales in the music business, but Max B’s influence lives on in the hearts of men. Don’t be surprised if President Barack Obama pardons Max as one of his last acts as president. Owwwww!!!!!