Chicago Rapper Shot After Eating At Roscoe's IN LA!! Happened To BBandz A Week Before PNB Rock 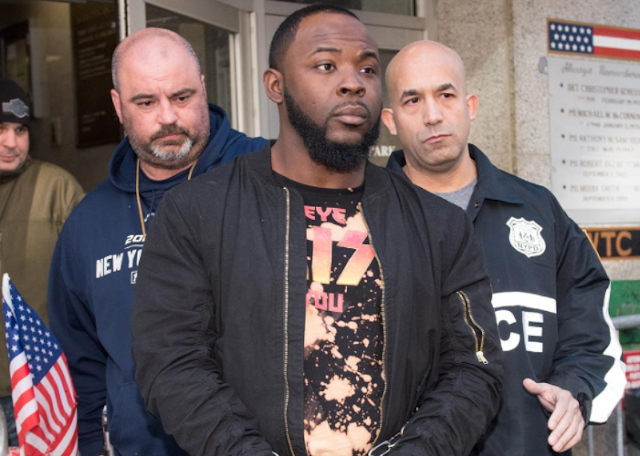 Daryl Campbell, aka Taxstone, is taken from Manhattan's 13th Precinct on Monday as he faces a federal weapons possession charge in connection with a May killing at Irving Plaza.
Authorities arrested Hip-hop personality Taxstone Monday in connection with a May shooting at an Irving Plaza T.I. concert that left one man dead and rapper Troy Ave wounded, police said.
Taxstone, aka Daryl Campbell, 31, was slated to appear in federal court on a weapons possession charge Tuesday, officials said.
Campbell had been under scrutiny for months for his involvement in the high-profile shooting, a police source said.
He was arrested at his aunt’s house in East New York, the sources said. He did not say a word when he was escorted by detectives from the 13th Precinct stationhouse in Gramercy Park.
NY Daily News
Marcadores: 2017 , irving plaza shooting , tax arrested , tax season , taxstone arrested , taxstone beefing , troy ave shooting